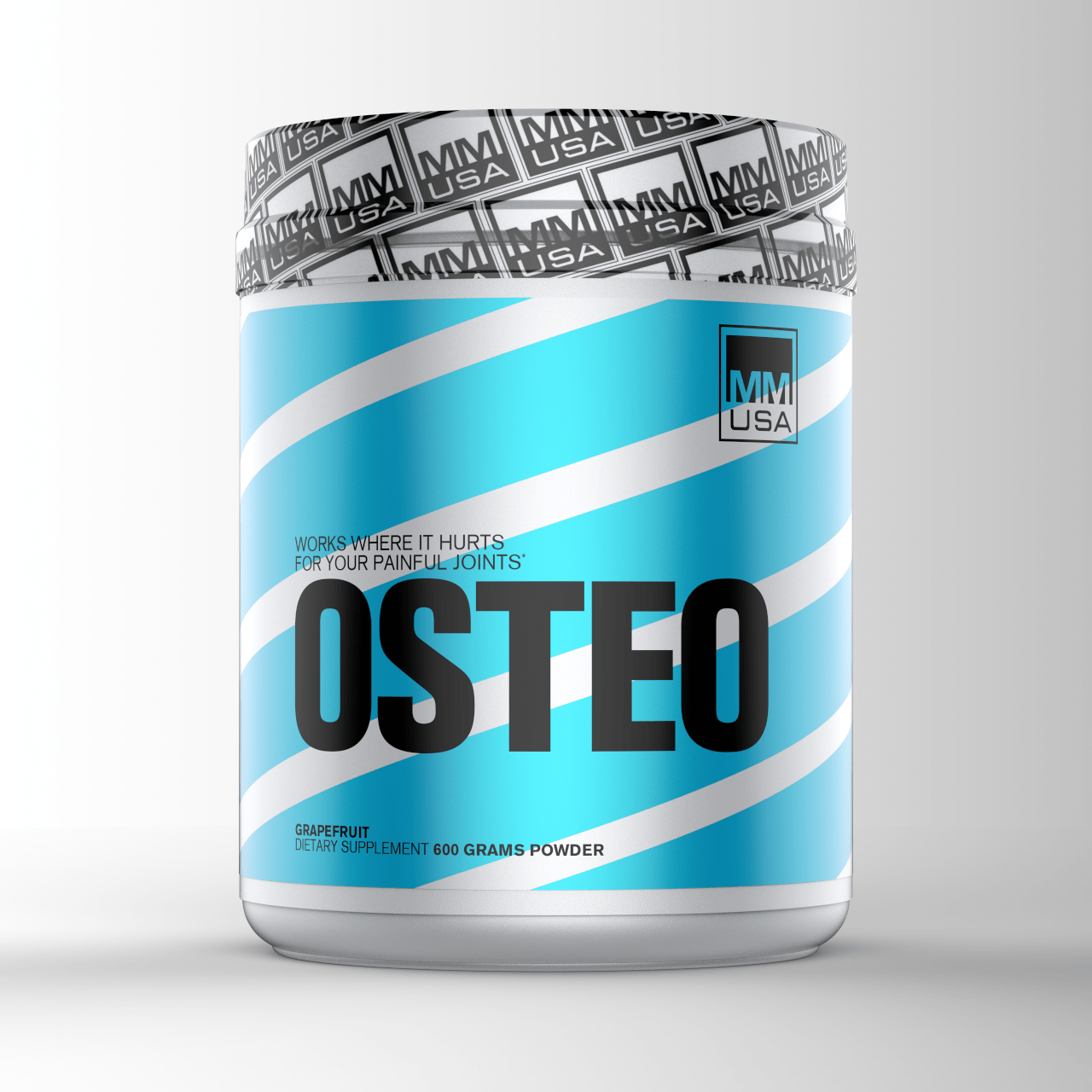 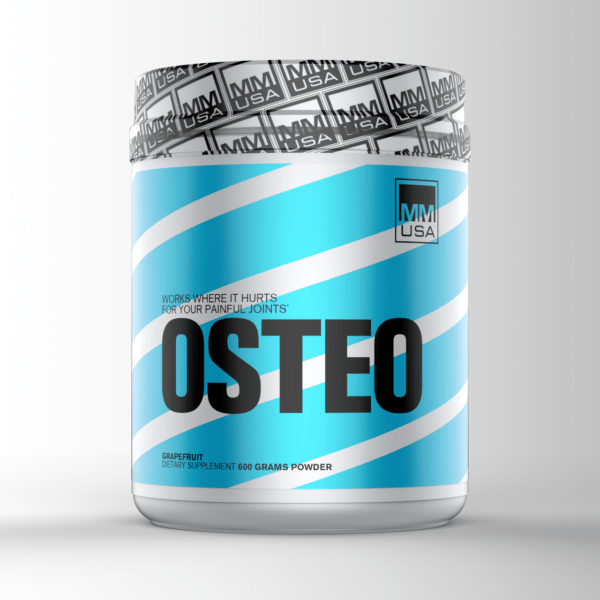 – Arrives in 3-5 business days for orders within US

What make this formula super effective are the potent ingredients that replenish the lost collagen and reduce stiffness, allowing you to move without pain. It is extremely effective for treating osteoarthritis and other joint pain disorders.

BEST FOR
Athletes who are looking for a safe formula for relieving the knees, legs, wrists, hips, knuckles, elbows & ankles as well as supporting a healthy immune system.

WHAT IT IS
Osteo is a highly effective supplement for joint pain or stiffness. It is formulated with omega 3 fatty acids which act as an anti-inflammatory for joints. It also contains vitamin B12, curcumin & tart cherry extract

WHAT IT DOES
OSTEO, the anti-joint pain will heal your muscles faster and reduce joint pain. The formulation will fight joint inflammation and bone degeneration due to strenuous exercises, aging, and everyday activities that take a toll on your physical health. OSTEO is a natural approach to maximizing mobility, pain-free movement, and flexibility.

It is not a band-aid solution. It is a revolutionary approach to maintaining, strengthening, and repairing your muscles and joints, as well rebuild ligaments, tendons, and bones for life.

What makes this formula super effective are the potent ingredients that replenish the lost collagen and reduce stiffness, allowing you to move without pain. It is extremely effective for treating osteoarthritis and other joint pain disorders.

Additionally, we have added MSM to help form connective tissue and repair joints, tendons, and ligaments. MSM is beneficial for helping the body form new joint and muscle tissues while lowering inflammatory responses that contribute to swelling and stiffness. Plus, turmeric root protects cells from oxidative stress and deterioration, supports healthy joints, and offers cardiovascular support.

Glucosamine was also added to provide extra strength and mobility along with Vitamin C, vitamin B6, green-lipped mussel, and much more.

HOW IT WORKS
As a dietary supplement, adults take one scoop once a day. For best results, it is recommended to take this product on an empty stomach. Mix one scoop with one cup of water or juice.

Vitamin C (As Ascorbic Acid)
Vitamin C is an essential micronutrient with many important biological functions, and a cofactor for the biosynthesis of collagen, carnitine, neurotransmitters, and peptide hormones and has an anti-catabolic effect and accelerates muscle recovery.

Collagen
Collagen is a nutritional supplement made from animals or fish. It is the major component of connective tissues that make up several body parts, including tendons, ligaments, skin, and muscles. It’s rich in amino acids that play a vital role in the building of joint cartilage and it may have anti-inflammatory effects. Overall, it’s been suggested that taking collagen can improve the symptoms of osteoarthritis by stimulating your body’s production of joint collagen.

Chondroitin Sulfate
Chondroitin sulfate is a major constituent of cartilage, providing structure, holding water and nutrients, and allowing other molecules to move through the cartilage-an important property, as there is no blood supply to cartilage. Moreover, chondroitin sulfate reduces pain and inflammation, improves joint function, and slows the progression of osteoarthritis (OA). It helps to manage joint discomfort, especially in the knees and hands allowing an increase in joint mobility and healing within the joints.

Green Lipped Mussel (Perna Canaliculus)
The lipid fraction of this mussel is said to have an anti-inflammatory effect which works in combination with non-steroidal anti-inflammatory drugs and protects the stomach from side effects. Its extracts contain omega-3 fatty acids, amino acids, minerals, and carbohydrates which are believed to have anti-inflammatory properties and are important for maintaining joint cell structure.

Methylsulfonylmethane (MSM)
Methyl Sulfonyl Methane (MSM) is a natural, organic source of bioavailable sulfur.
Sulfur, which is a major component of MSM, plays an important role in making collagen and glucosamine, both of which are vital for healthy bones and joints, and connective tissues -cartilage, tendons, and ligaments. It supports strong, resilient joint cartilage by helping to form the bonds that link connective tissue building blocks.

Turmeric Root Extract
Turmeric contains curcumin, which is a polyphenol. Polyphenols are organic chemicals that have been shown to have anti-inflammatory properties which may help relieve symptoms of osteoarthritis, rheumatoid arthritis, and other inflammatory conditions such as bursitis.

Tart Cherry Extract
Scientists proposed that the flavonoid, anthocyanin, along with other phytonutrients, that gives tart cherries their powerful anti-inflammatory and antioxidant benefits. Research has found that the fruit may relieve joint pain in people with osteoarthritis and lower the risk of flares in those with gout, as well as boost the immune system. Tart cherries are also shown to decrease cholesterol and reduce the risk for hardened arteries (called atherosclerosis), which are risk factors for heart disease. In addition, tart cherries are rich in vitamin C, zinc, potassium, and iron.

White Willow (Bark) Extract
Willow bark contains an ingredient called salicin, which your body makes into another chemical substance called salicylic acid. The active salicin in white willow bark acts primarily as both an analgesic and an antipyretic. Similar to acetylsalicylic, salicylic acid reduces the production of certain prostaglandins, hormone-like substances that control your immune system and fight joint inflammation in your nerves, and subsequently ease pain and discomfort.

Deglycyrrhizinated Licorice
Over time, stress can leave the adrenal gland exhausted by constantly producing adrenaline and cortisol. Deglycyrrhizinated Licorice (DGL) can stimulate the adrenal gland, which promotes a healthy level of cortisol (steroid hormone) n the body. Cortisol is the main hormone involved in stress and the fight-or-flight response. This is a natural and protective response to a perceived threat or danger. Increased levels of cortisol result in a burst of new energy and strength.

Boswellia Serrata Extract
Because Boswellia is an effective anti-inflammatory, it can be an effective painkiller and may prevent the loss of cartilage. The anti-inflammatory benefits of Boswellia come mainly from boswellic acids and terpenes, strong-smelling antioxidant compounds that are also found in citrus, eucalyptus, mint, and other plants. Boswellic acid can prevent the formation of leukotrienes in the body. Leukotrienes are molecules that have been identified as a cause of inflammation.

Hyaluronic Acid
Hyaluronic acid is also found in the joints, where it keeps the space between your bones well lubricated. When the joints are lubricated, the bones are less likely to grind against each other and cause pain. Hyaluronic acid-containing supplements are very helpful for people suffering from osteoarthritis, a type of degenerative joint disease caused by wear and tear on the joints over time.

4.9
Based on 7 reviews
Powered by Customer Reviews plugin
Showing 6 of 7 reviews (5 star). See all 7 reviews

Have a question about this? Ask us about it. 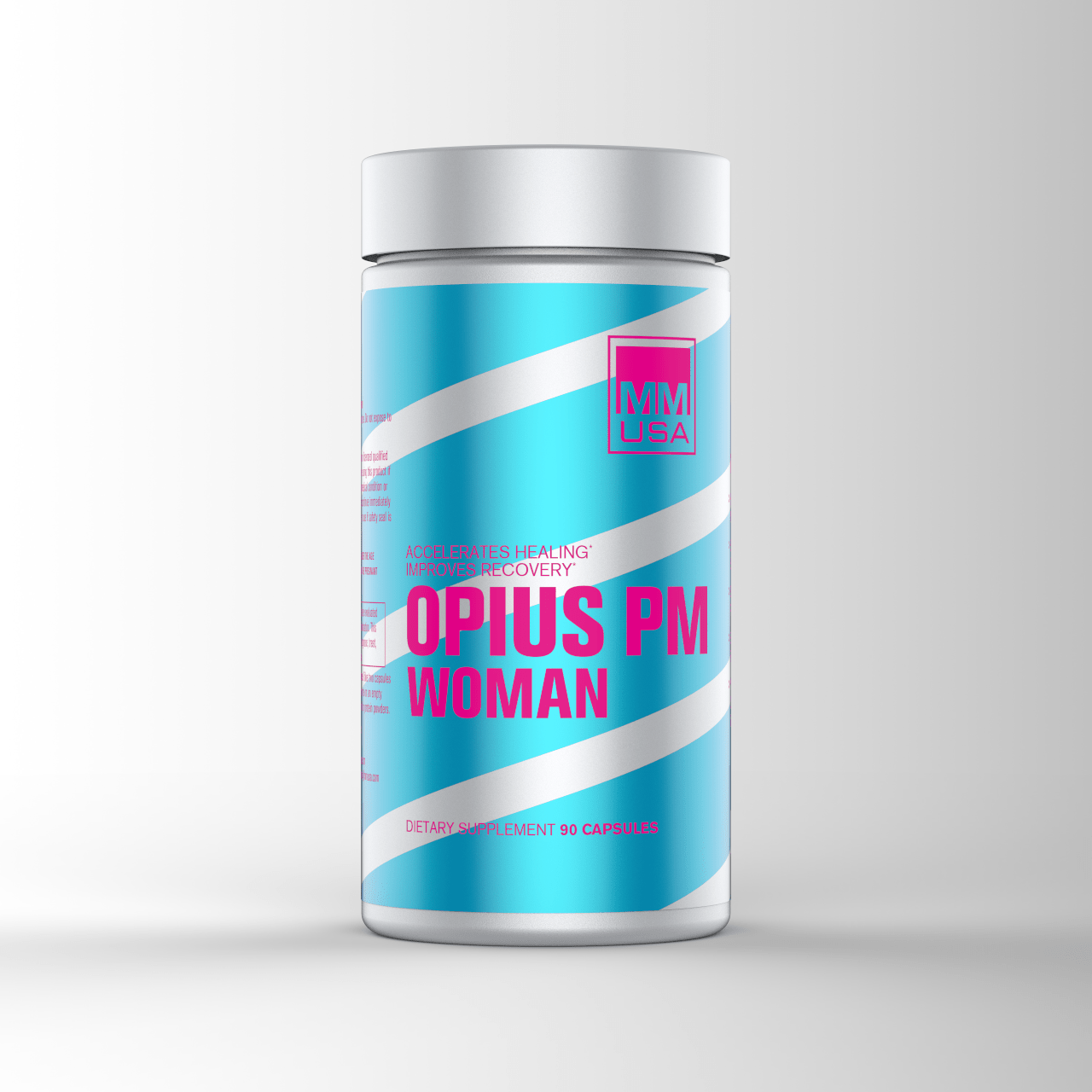 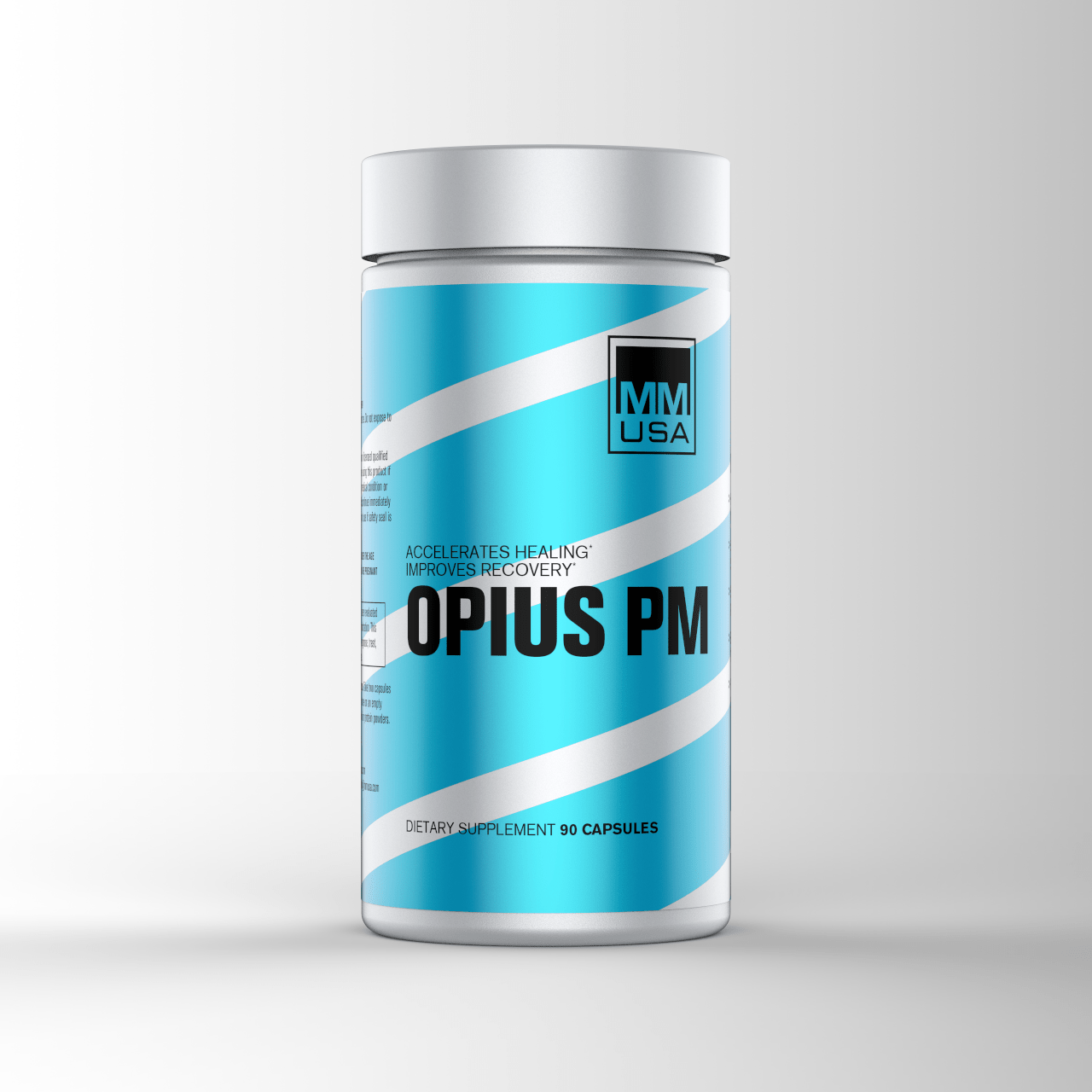 Thanks for submitting your review!
We will publish it once approved.CONTINUE SHOPPING

Thank you for your comment. It will be reviewed by our team and will be published soon !