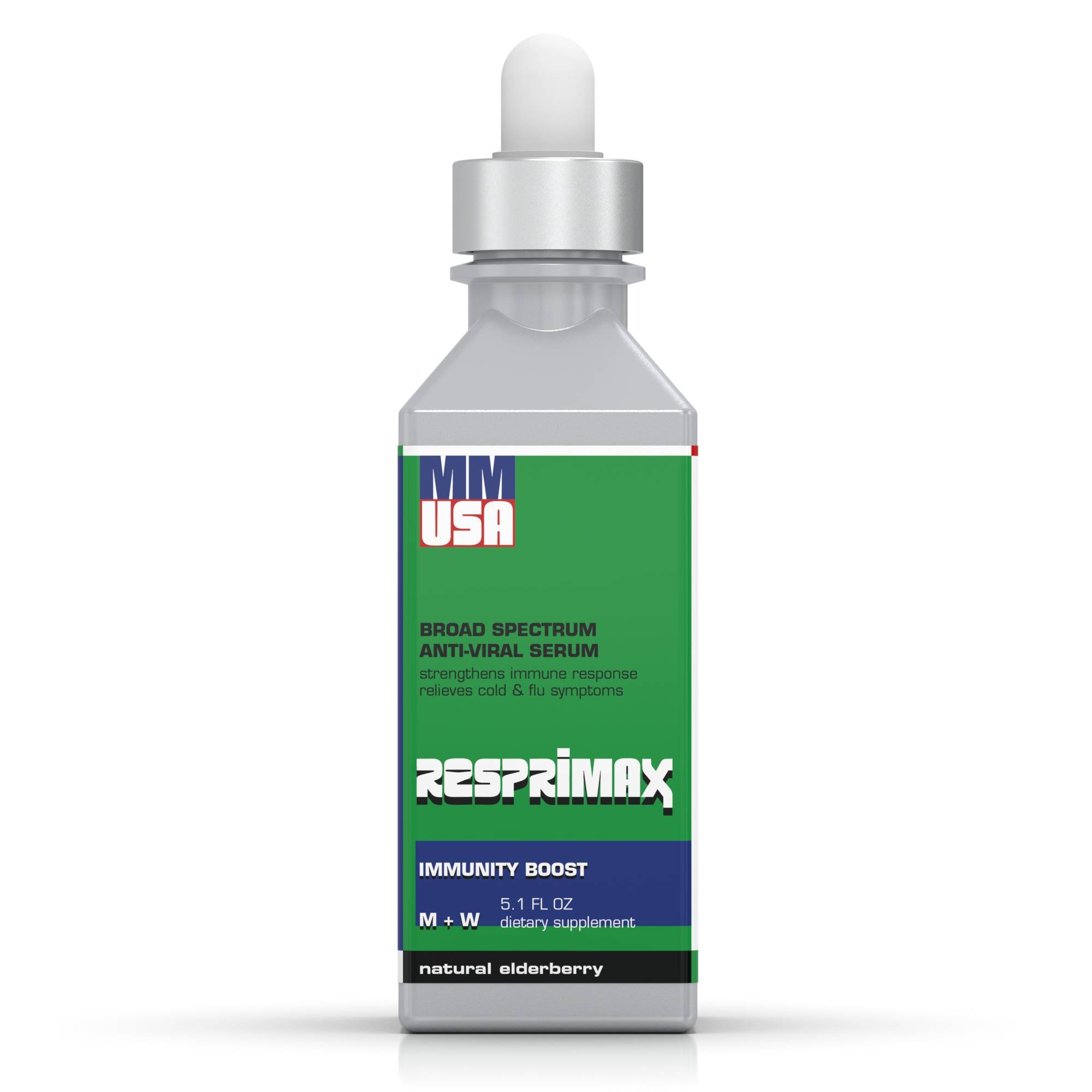 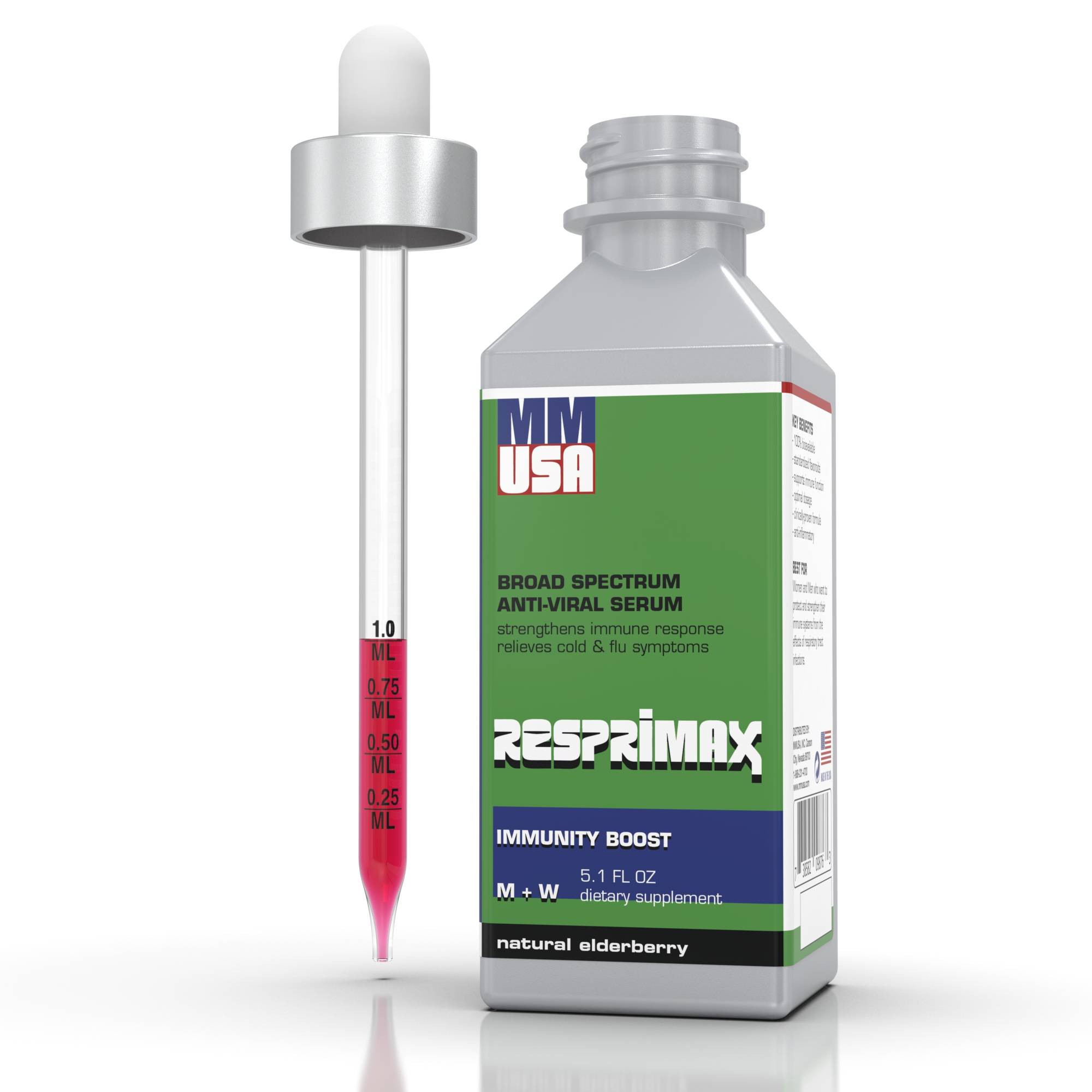 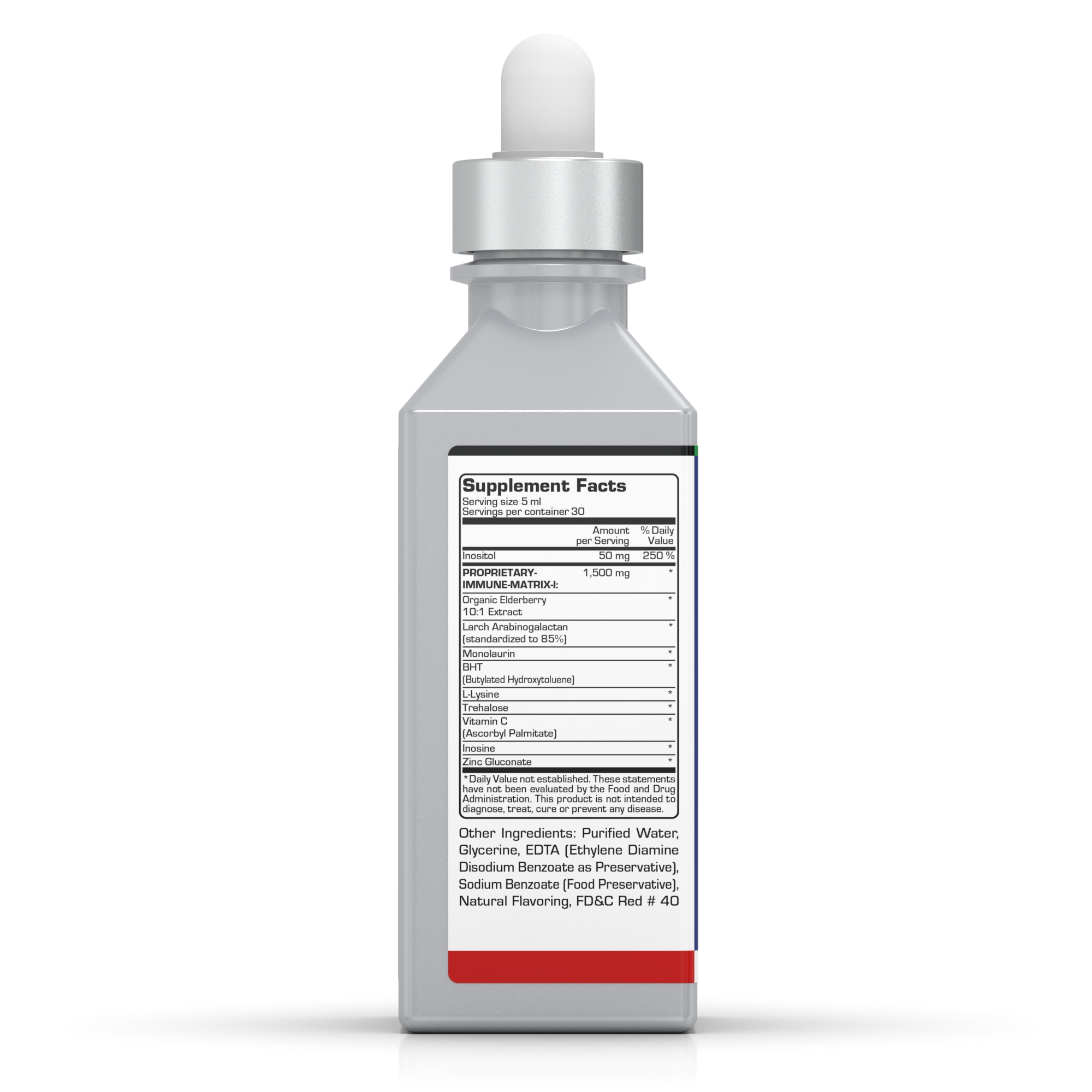 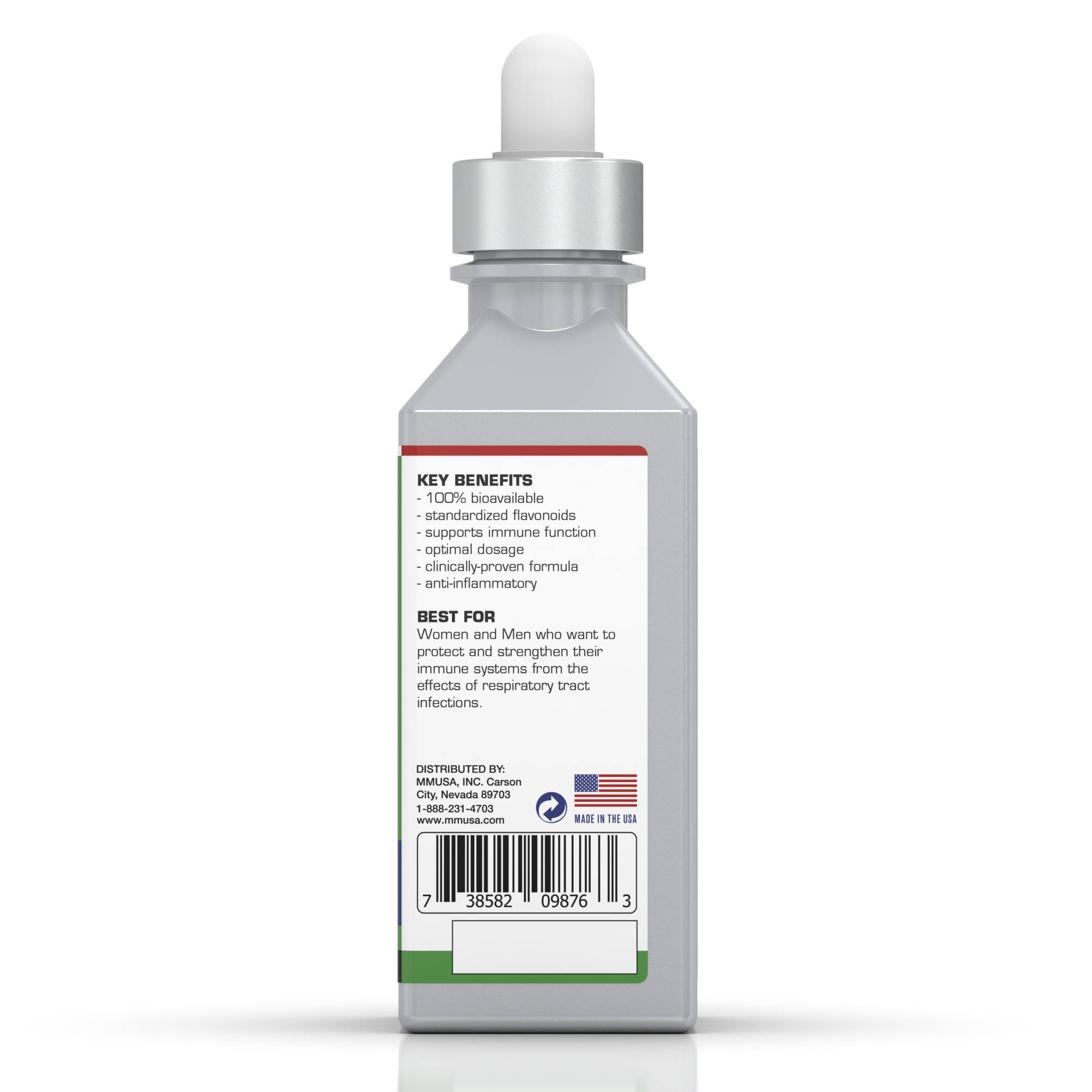 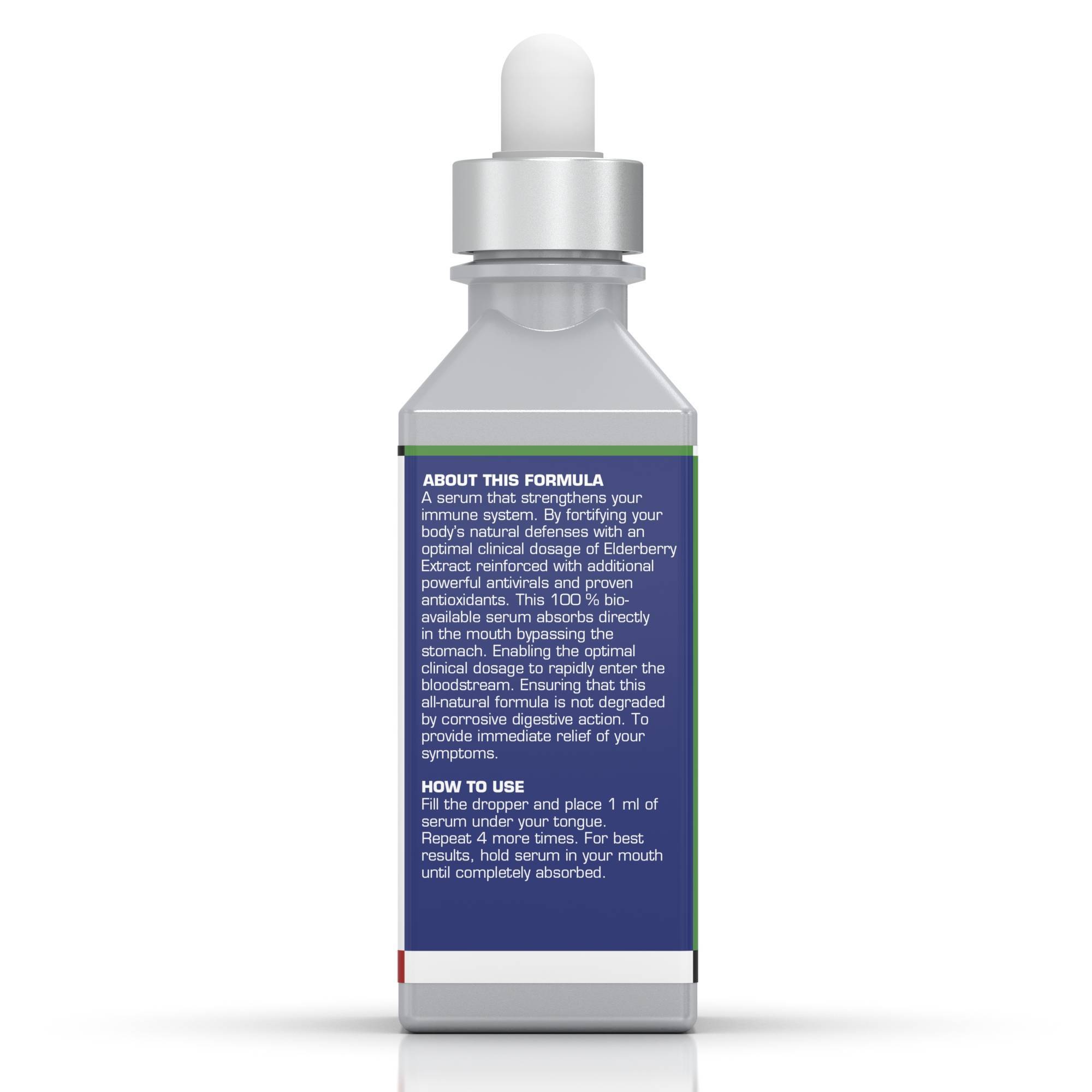 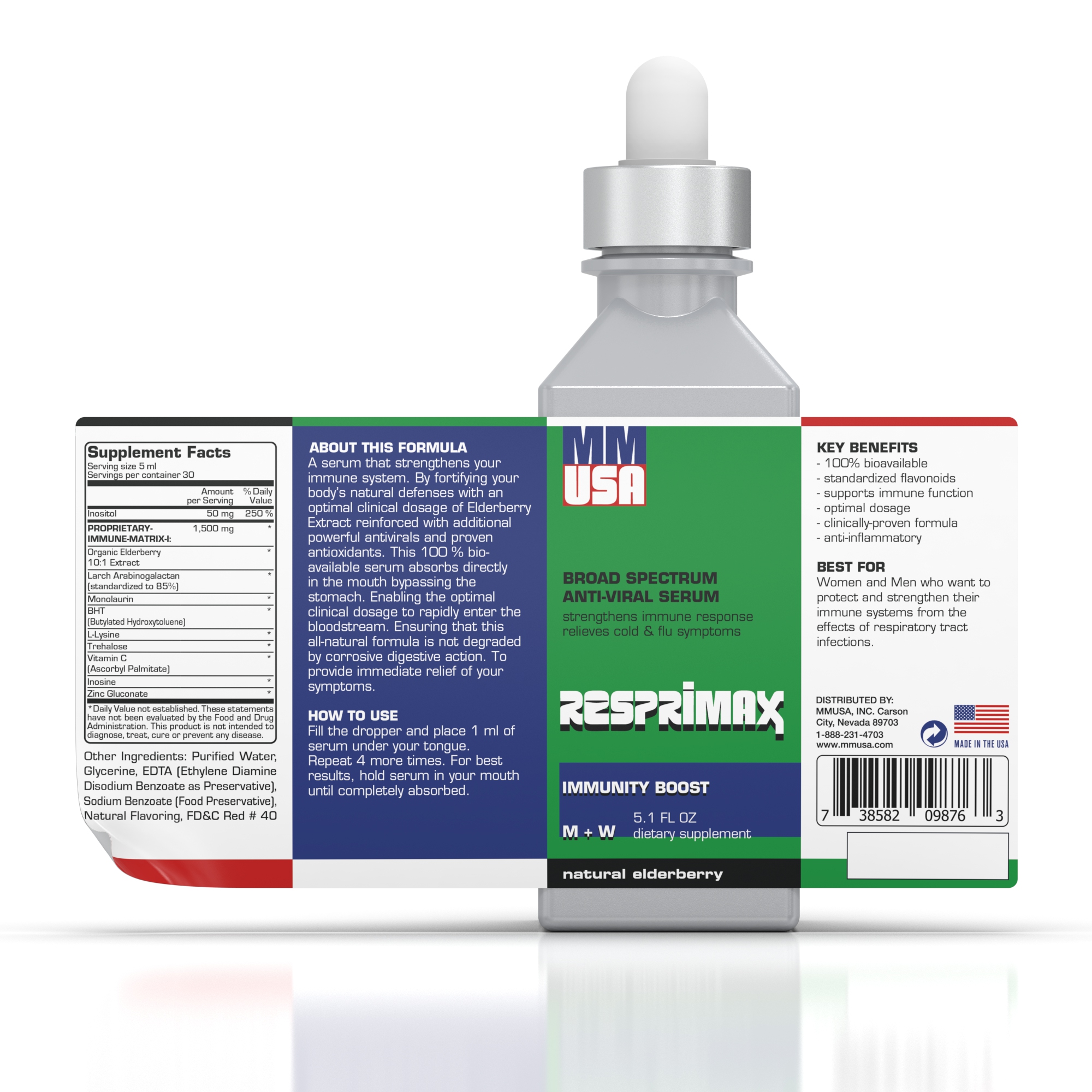 Advanced immune defense support that will help you fight off free radicals that can damage cells and impact immune health.

Women and men who want to protect and strengthen their immune systems from the effects of respiratory tract infections.

A serum that strengthens your immune system. By fortifying your body’s natural defenses with an optimal clinical dosage of Elderberry Extract reinforced with additional powerful antivirals and proven antioxidants. This is 100% bioavailable serum absorbed directly in the mouth bypassing the stomach. Enabling the optimal clinical dosage to rapidly enter the bloodstream. ensuring that this all-natural formula is not degraded by corrosive digestive action. To provide immediate relief to your symptoms.

Fill the dropper and place 1 ml of serum under your tongue. Repeat 4 more times. For best results, hold serum in your mouth until completely absorbed.

Elderberry Extract
Elderberry is packed with antioxidants and vitamins that help boost your immune system. It could fight inflammation, stress, common colds, and flu and protect your heart too. It works by clearing the body of free radicals that damage cells at the DNA level.

Larch Arabinogalactan
Improves immunity by increasing resistance to common and uncommon infections. It works by stimulating the immune system by increasing the number of probiotic bacteria in the gut as it undergoes fermentation.

Monolaurin
It is known to boost general immunity against any seasonal pathogen attack. It exerts its anti-microbial activity by disrupting the outer covering of the bacteria and virus leaving them vulnerable to attacks from biological acids and immune bodies.

Vitamin C (Ascorbyl Palmitate)
It is a potent antioxidant that contributes to immune defense by supporting various cellular functions of both the innate and adaptive immune systems.

4.8
Based on 9 reviews
Powered by Customer Reviews plugin