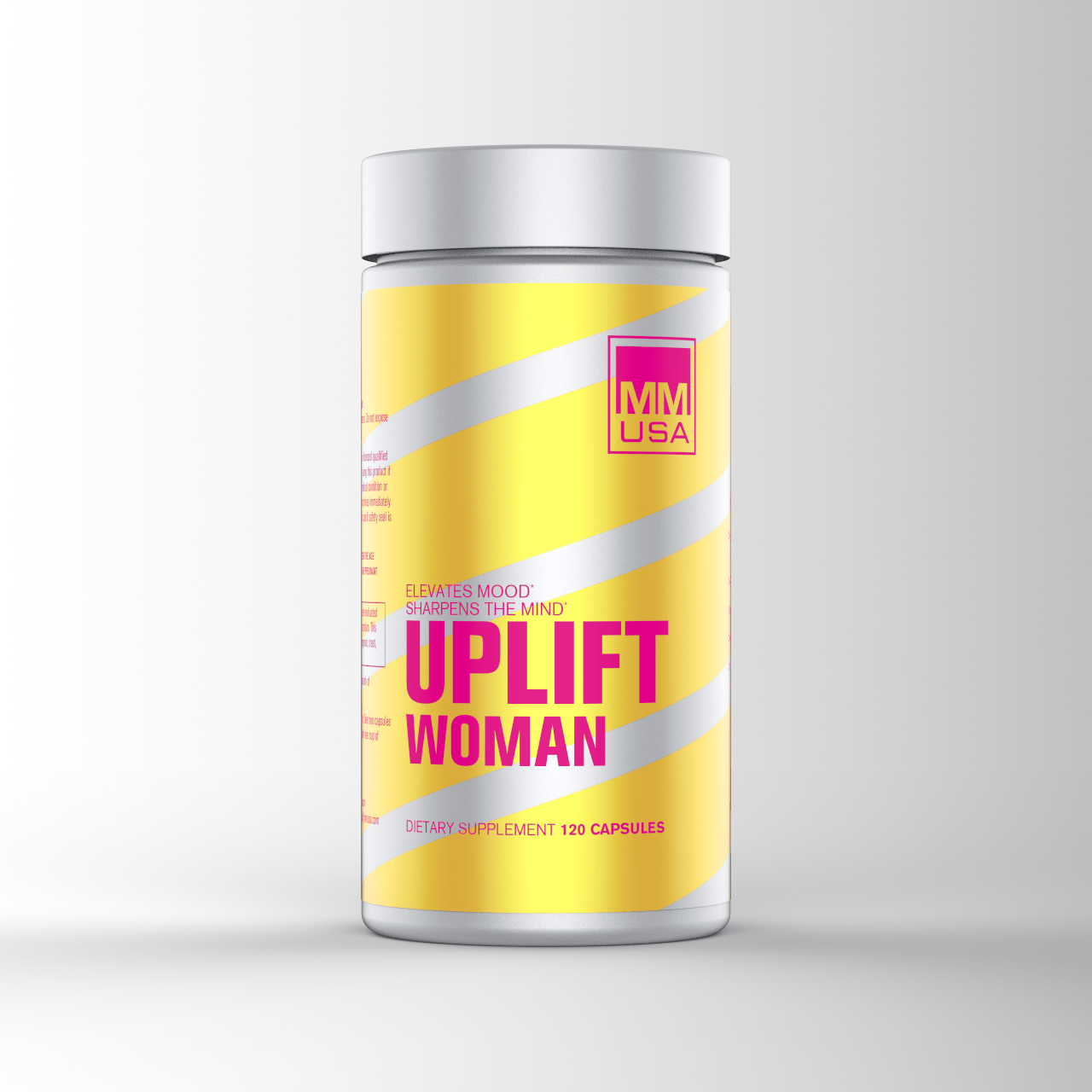 OUT OF STOCK ( Notify Me )
A natural and safe stimulant for the brain to help you elevate your mood and get out of the slump feeling. It amplifies neurotransmitter signals for peak mental and physical performance at any age. Uplift for Women– as the name promises will uplift the feelings of happiness, pleasure, and emotional well-being.

Women who want to have an optimistic feeling- cool, calm, and in control.

Uplift is a natural complete mood-enhancer support with B vitamins and dopamine precursors.

Made from the highest quality and natural ingredients – Uplift is formulated for offering neurotransmitter support and dopamine metabolism. Created with vital amino acids, it helps improve mental alertness and motor functioning so you will experience razor-sharp focus and better emotional well-being. Additionally, MMUSA has designed this product to eliminate the feeling of restlessness and irritation so you feel happier and more confident. This is a proven formula for enhancing mood and getting relief from depression.

The happier and more emotionally balanced you stay, the more you can achieve in any facet of life including physical health.

Take two capsules in the morning before a meal with one cup of water or juice. 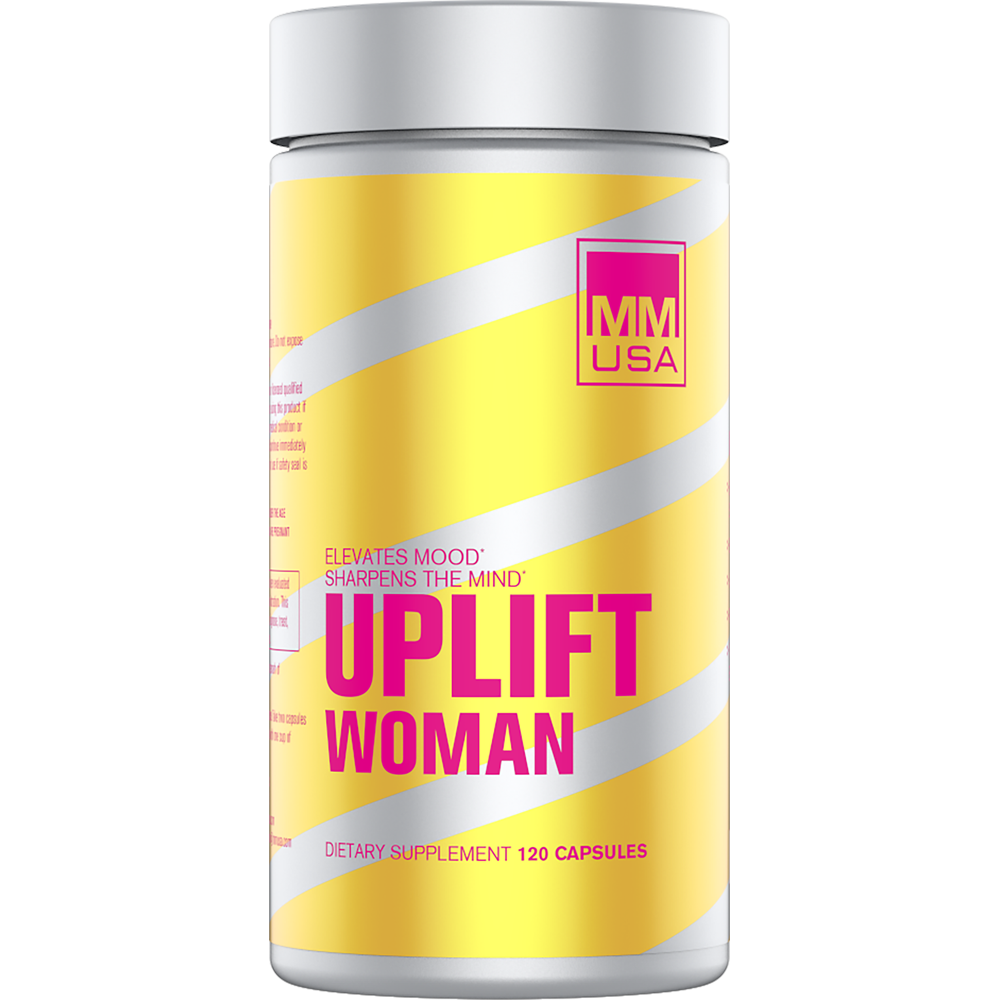 Vitamin B6 (As Pyridoxine Hydrochloride)
Vitamin B6 is needed for proper brain function for all ages. It helps the body make the hormones serotonin (which regulates mood) and norepinephrine (which helps your body cope with stress). Vitamin B6 also helps the body make melatonin, which is important in helping regulate your internal clock and your sleep.

B-6 is also important for regulating mood and preventing mental fatigue. It helps the body make hemoglobin, the part of your blood that carries energy-boosting oxygen to the brain and other organs. This results in sharper memory and focus.

Phenylethylamine HCI (PEA)
Phenylethylamine (PEA) is a hormone-like substance that occurs naturally in your brain and body. It functions as a neurotransmitter that gives you heightened focus, attention, goal-directed behavior, and task completion. It serves to help the brain stay alert and to balance mood. The chemical composition has been associated with other synthetically made pharmaceuticals used for depression since they boost dopamine essentially in keeping mood balanced.

Furthermore, theobromine is an adenosine receptor antagonist. This means, that it binds to the neurotransmitter receptor adenosine, it does not activate it, but blocks adenosine itself from reaching said receptors, therefore increasing mental alertness. Also, the energy from theobromine feels more like from a good sleep and gives you a “holistic high” by making you feel more focused.

Mucuna Pruriens Extract
Mucuna Pruriens contains L-dopa (a precursor of dopamine-the feel-good hormone) which promotes the intellectual functions of the brain such as memory, attention span, and cognitive skills. A regular intake of it will produce a favorable impact on your academic and professional performance by supporting your cognitive abilities.

Mucuna Pruriens’ active compounds produce a strong antioxidant effect which can protect the brain and nerves against oxidative damage. They also maintain the balance of neurotransmitters, such as adrenaline, noradrenaline, and dopamine thus improving the health and functions of the nervous system

Other Ingredients: Hydrogenated Oil and Gelatin.

4.8
Based on 8 reviews
Powered by Customer Reviews plugin