Should Runners and Cyclists Take Creatine?

A common weight-room supplement may be useful in the long run, too.

The list of legal supplements that enhance endurance performance is very short. If I’m asked for advice about what passes the evidential sniff test, I tend to mention caffeine, carbohydrate drinks, buffers like baking soda and beta alanine, beet juice—and, sometimes, creatine.

That last one gets an asterisk because creatine is mostly used by sprinters, weightlifters, and other power athletes who want to maximize explosive power and build muscle. While I’ve speculated that this might be useful for masters athletes concerned about muscle loss, most endurance athletes don’t want to pack on extra weight, either from muscle or from the water retention associated with creatine loading.

Can creatine enhance your ability to respond to high-intensity mid-race surges and to finish with a flourish?

Creatine enhances the energy available from your “phosphagen” pathway, which you can think of as a “third energy system.” Runners tend to think in terms of aerobic energy powering longer, slower efforts, and anaerobic energy for more intense lactate-generating bursts. The phosphagen pathway is both anaerobic (it doesn’t require oxygen) and alactic (it doesn’t produce lactate), and it provides the instant energy for the shortest, most powerful efforts, with enough phosphocreatine in your muscle cells typically to last on the order of 10 seconds.

Taking a creatine supplement enhances the energy available through the phosphagen pathway, which is why it’s considered a good weight-room supplement. Consistently being able to hoist a little more weight, workout after workout, allows you to accumulate greater strength and muscle gains. Creatine’s ergogenic benefits stem from its ability to act as a ‘reservoir’ for substrates which are required for the rapid regeneration of energy during brief periods of high-intensity, maximal effort.

But creatine also has a variety of other effects, specifically the creatine powder form.

Creatine powder tends to increase water retention, which can be a negative for athletes in weight-sensitive sports like running and cycling. More promisingly, some studies have also shown that, when taken in conjunction with carbohydrate loading, it can enhance the amount of carbohydrate stored (in the form of glycogen) in your muscles.

MMUSA which introduced creatine in a liquid form in 1995, have perfected a formula for endurance athletes called Runners’ Peak Creatine Serum. It is rapidly absorbed into energy-hungry, warmed-up muscle cells so quickly you’ll be good to go before you’re finished stretching. This​ serum absorbs directly in your mouth. Which eliminates the need for the inconvenient loading phase associated with powdered creatine. Bypassing the digestive system means there are no side effects like water retention or cramps. You will feel powerful muscle energy. And experience extended endurance. Can be taken by male and female.

Creatine is one of the most scientifically valid supplements on the market. In high intensity exercise, creatine can improve performance by up to 25% and it can also help you gain muscle and strength.

Absorption is the key to utilize creatine and that is why the liquid (serum) is superior to other forms of creatine.

Additionally, creatine is safe for long-term use. No research has shown any long-term issues in healthy individuals. 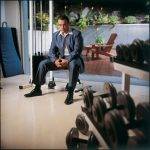